Discover there is more to Liverpool's history than the slave trade, Irish immigration and The Beatles! This website is perfect for schools and anyone interested in local history study.

During 2021 new KS2 / KS3 school teaching resources are being added to this site. Ideal for teaching local Liverpool history. Free lesson materials, PowerPoints, worksheets, quizzes, activities and image galleries all in one place. 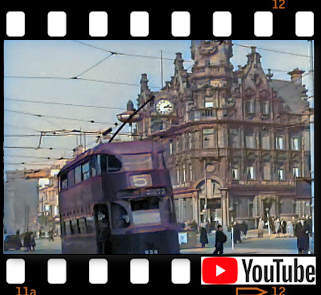 Radio Merseyside interview on
the Civil War of 1644.

Carve a name for yourself in Stone Age Merseyside.

What did the Romans ever do for us?

The answer is, more than you think. There is evidence of Roman remains scattered all over Merseyside:

There is a strong theory that around 600A.D there was an earthquake in the area, changing the geography of the Mersey. This could be the reason why the Romans never settled long in this area.

Discover more about Roman Liverpool. Find out what Celtic tribe your ancestors belonged to. They never had an amphitheatre to play footy in, but the Romans were definitely here!

The Norman Conquest of Liverpool

At this time, the Merseyside area was known as the 'West Derby Hundred'. The Norman Knights built the Motte and Bailey West Derby Castle. It was used to help them control the area. In this section, you can see exactly where the Castle was and what it looked like.

Discover more facts about our area during The Norman Conquest.

Back in summer 1349 the temperature was freezing! The city's streets had only just had pavements fitted! The place was full of death and disease and then the plague arrived!

Discover facts about how the Black Death.

Liverpool in the Late Middle Ages

This is the 'forgotten' story of life during the 1400s.

Find out the origins of the Eagle and Child, Croxteth Hall and Knowsley Hall. Also, discover the connection between the Princes in the Tower of London. Who may have met their fate via deadly scouse hands!

In 1644, 10,000 men arrived in town for a huge Civil War battle. To put this in context, the whole population of the area at this time was only 2000 people! The army was led by Prince Rupert. It was reported at the time that he had a magical dog and an ‘invisible’ monkey. Prince Rupert and the Cavaliers trashed Liverpools Castle. If that's not all, the Civil War saw the King’s head chopped off and Christmas was cancelled!!!

In these pages, you will learn balanced facts about Liverpool in Georgian times. Also, its role in the Trans-Atlantic Slave Trade triangle.

Slavery and Piracy are nothing to be proud of. But like many other cities, the foundations of our city are built on them.

During the late 1700s and early 1800s, the city became the birthplace of the Industrial Revolution.

Journey back to Industrial Liverpool and the start of the railways.

Victorian Liverpool: A splendid time is guaranteed for (almost) all!

This section tells the story of  Charles Dickens living and working here. See‘'then and now' photos to see how the city changed in Victorian times. An incredible legacy of wonderful architecture that great people left us.

World War Two and the Blitz of Liverpool

Read about life during the Second World War.