Evidence of Stone Age life has been found all over Merseyside. The Lunt Meadows site in Sefton is thought to be the oldest settlement anywhere in the country and the Calderstone Stones are older than Stone Henge! All over the Liverpool area, small flint tools and other relics have been found. They mostly come from areas where rivers are. The River Alt and the Ditton / Netherley Brook being the main areas where Stone Age Scousers first mooched about.

These people were hunter-gatherers. They moved around a lot following animals that they hunted and gathering fruits and berries along the way. Sometimes they built small straw huts to live in before moving on again.

At Lunt Meadows, near Crosby lines of holes have been found in the ground. Research has shown that Stone Age people once put wooden posts into these holes to help make their straw huts. 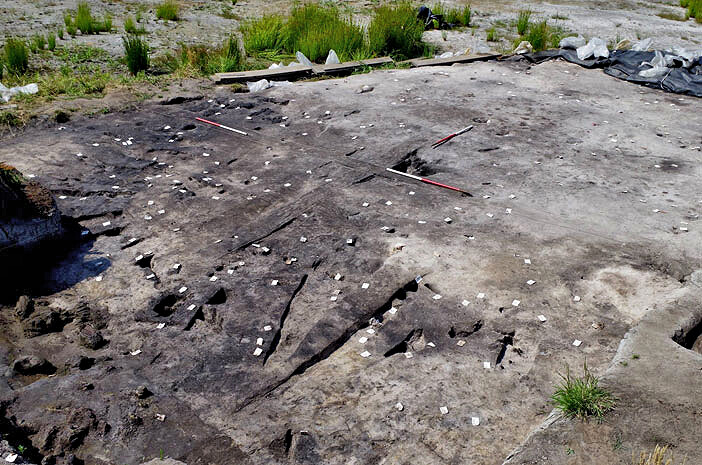 The remains of several huts have been found at Lunt Meadows. They are arranged in small circles for shelter and protection. The River Alt is nearby and this is where the Stone Age people would have fished and drank from.

Small stone tools were found in this area. These were used for sharpening wooden hunting sticks and carving fur off animals to use for clothing. Some of the stones found were polished, and could possibly have been jewellery. Some of the stones are not local to the area, and instead came from North Wales. This means that people from Stone Age Liverpool either came from North Wales themselves or traded with people from there.

There is also evidence at Lunt Meadow that a whole tree was once totally set on fire, but archaeologists are not sure why. 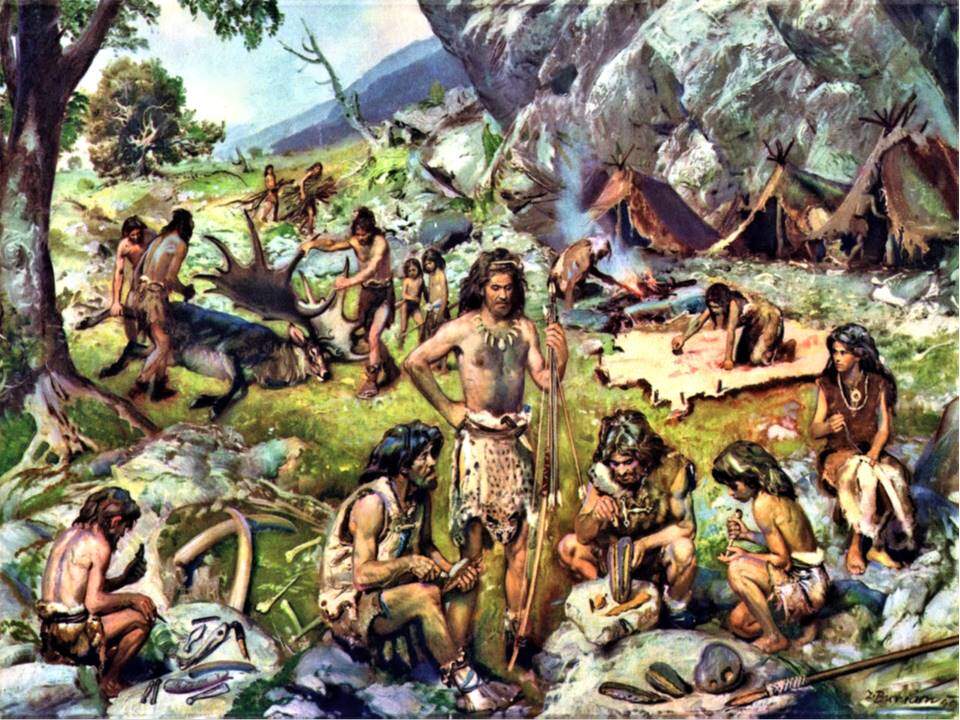 The shape of Liverpool, The Wirral and wider Merseyside was much different today than in the Stone Age. There is evidence that the trees went out much further than it does today. We know this because fossilised tree stumps have been found all over what is now beach and river.

Today on Formby beach you may be lucky enough to discover ancient Stone Age footprints.
The prints appear and then disappear as the tide washes over them. 5000 year-old footprints that you can find one day will disappear the next, gone forever.

They have been left because the beach area was once muddy marshland that was then covered over by the sea many years later. This is because the ice from the Ice Age was still melting in other parts of the world.

On the beach today you will find footprints of children running. Maybe they were playing? Maybe they were chasing animals for food? Male and Female footprints have been found walking side by side. There are also footprints of different types of animals; deer, wolves, boar, bears and dogs. Footprints from animals that are now extinct have also been found, like the auroch, which looked like a large ox today.

5000 years ago in Calderstones Park in Allerton, there was once a huge mound of earth that had inside a burial chamber of a rich and important tribe leader. The burial chamber would have had an entrance to it and around that entrance, there was a series of stones.

These stones are today called the Calder Stones, there are six of them and maybe more that remain.

When the stones were first discovered in the 1800s, clay pots with the remains of human bones and dust were found beside them. The large Calder Stones were probably the entrance to the burial chamber.

The stones have been moved around and displayed in different places over the years and it believed that over the centuries some of the original stones have been lost and damaged. It is even thought that John Lennon carved his initials into them.

Some of the stones are believed to be scattered in different parts of the city, for example, the nearby Robin Hood’s Stone was probably part of the Calder Stones burial chamber.

Like lots of other stones from this period, the Calder Stones have spiral markings carved into them.

Circles, lines, patterns and shapes were carved into the stones by people 5000 years ago, for reasons we don’t know today.