In 1232, Liverpool William de Ferrers (The Earl of Derby) ordered Liverpool Castle to be built. It was positioned at the waterfront’s highest point. In the area between James Street and Castle Street. Where the Victoria Monument currently stands. The Earl brought soldiers from older West Derby Castle to live there.

The English had recently conquered Ireland. Because of this, King Henry III needed another port to send men and supplies across the Irish Sea.

Liverpool Castle had five large towers and a moat around it. It also had a Chapel and a Prisoner Tower. The Castle must have been of some importance, as King Edward II was recorded as staying there in 1323.

It was important for the King to have a castle in Liverpool because it was growing into a busy trading area. In addition to sending warships to fight the Irish and Scottish, Liverpool was also a major importer of French Wine. 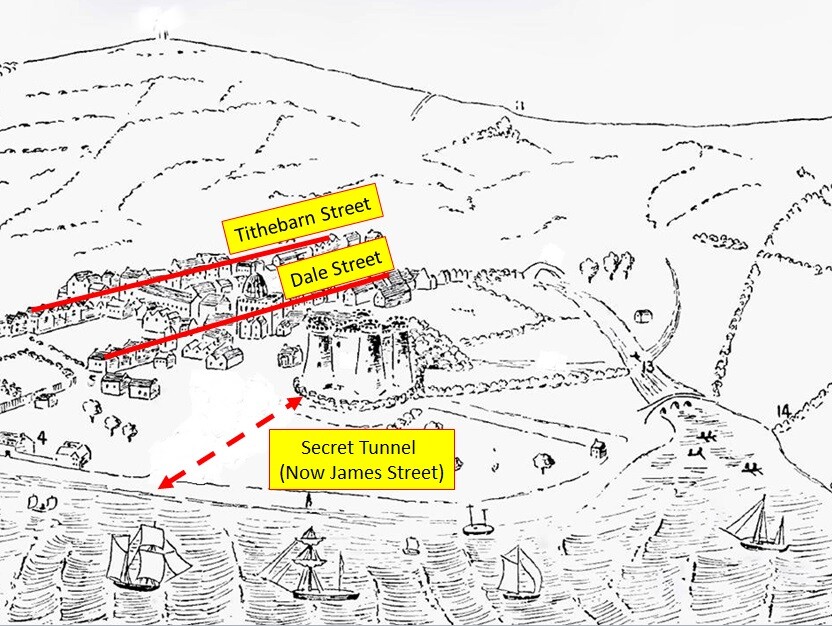 Leading down from the Castle there was a hidden tunnel. It ran along what is now James Street down to the waterfront, and is today used as a sewer. There are supposedly other tunnels that lead to and from the Castle. Just some of the many hidden tunnels still under the city.

Liverpool Castle remained in use for the next 500 years. In 1664, during the Civil War, the Castle was the centre point of a huge battle between the Cavaliers and the Roundheads. You can read more about it here.

The Civil War left the Castle in ruins. In the early 1700s, it was dismantled and it’s bricks used to both Liverpool’s first dock and St George Church.
St Geroge Church opened on the site of the Castle in 1734. However, it was demolished in 1898 and replaced with the present-day Victoria Monument in 1906. (See a ‘then and now’ image of the church at the bottom of this page)

Studies from the cellars of buildings on James Street and Castle Street have revealed the foundations of the original Castle and moat.  It from these studies that it’s exact size and location can be understood. A detailed account of the excavation of surrounding buildings can be read here.

In Rivington Park (near Bolton) a life-sized replica of the Castle ‘ruins’ that was built in the early 1900s. These ruins show what the Castle looked like prior to it being demolished. 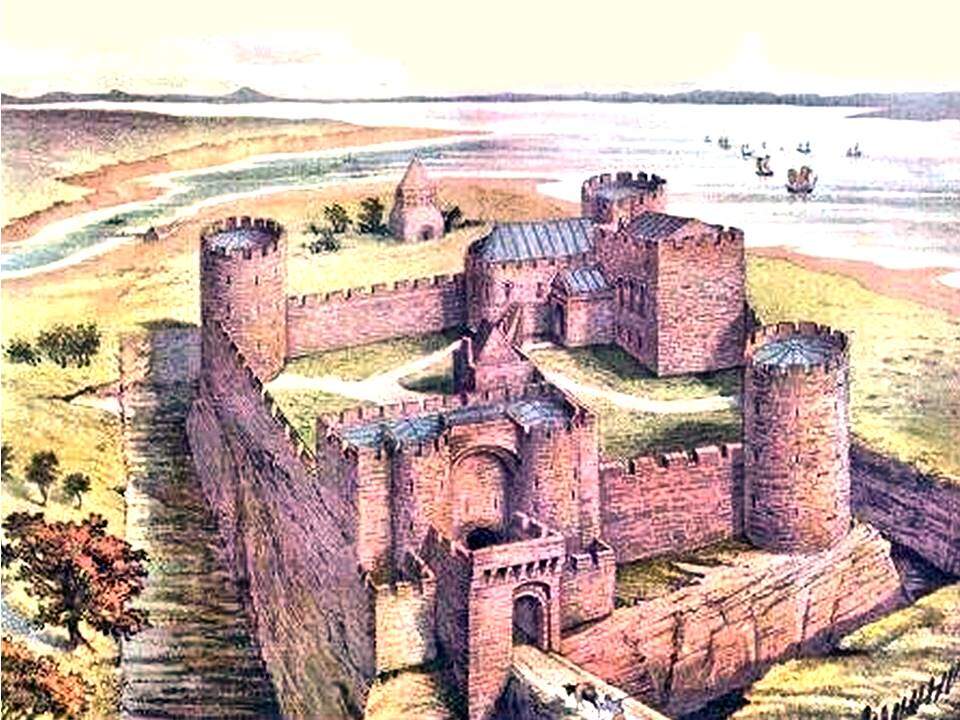 Liverpool Castle Then and Now

Slide the bar across to see what the Castle looked like in Medieval Times and also it’s exact position.
Notice how the Moat drawbridge extends into what is now Castle Street.
Also, note how the original tidal line came in much further than it does today.

Some of these images were taken from this incredible 3D recreation of Liverpool Castle.

The final image shows the forgotten St George Church. Built on the grounds of the Castle before the Victoria Monument.