Georgian Liverpool and the Slave Trade

Contrary to popular belief, Liverpool did not invent the slave trade (which has been around for 1000s of years). Furthermore, more of the city's wealth came from state-sponsored  Piracy (Priveterring) as opposed to slavery. Very few slave trade journies actually resulted in a profit.

Research also shows that only 10-30% of ships leaving Liverpool during the period were actually destined for Africa or the Caribbean. (Ref 1) (Ref 2) 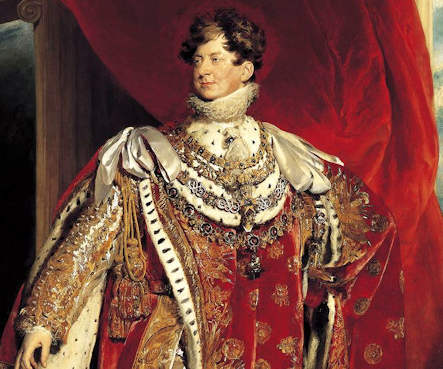 During the 1700s, Liverpool was transformed from a small port into one of the worlds most important shipping and trade areas.

During this time, Pirates lived in Liverpool! They were not, however, the type shown in Disney films. They flew the British Union Flag above their ship and not the Jolly Roger.

These Pirates were known as Privateers and were employed by the government to attack and steal from other foreign ships. They stole from ships belonging to countries that Britain was at war with. It was a licence to steal, and ships made millions from it.

Liverpool, along with London and Bristol was the main port of Privateers set sail from. To plunder the seven seas.

The Original Pirates of the Caribbean

The Privateers had huge industrial sailing ships equipped with 20-30 cannons on them and often over 100 men. Many ships were old navy warships left over from the wars against the Spanish Armada.

The Privateers gave their ships fearsome names like The Terrible, The Vulture, The Revenge, The Wasp and the Wheel of Fortune.

100s of ships would leave Liverpool each year. It is thought that everyone in Liverpool was connected to Privateering in some way. People either worked on the ships, fixed them, loaded and unloading them or they knew someone who did.

Liverpool Privateers plundered literally millions of pounds worth of spices, tobacco, cotton, rum, cocoa, coffee and ivory from other ships. Not to mention the gold and jewels.

If you were brave enough, a fortune could be robbed at sea.

It was privateering and not slavery that Liverpool made its name on (either way, it’s still not something to be particularly proud of!)

The Liverpool Privateers were the real Pirates of the Caribbean. However, they were mostly wealthy businessmen, like William Hutchinson, with not a parrot or eye-patch insight.

By 1720 the old ‘pool’ in Liverpool (A huge pond stretching across the town centre) was filled in. During this time, the city changed rapidly. Over the next 100 years it would be unrecognisable from what came before it.

Since the late 1600’s Liverpool had started importing the newly discovered tobacco back from America. More and more shipping merchants moved to Liverpool to seek their fortune.

In 1715 the world’s first ‘gated dock’ was built. This allowed ships to keep afloat after the tide had gone out. It allowed goods to be loaded and unloaded easier.

Around the same time, a canal was created to link Liverpool and Manchester. Also, a ‘turnpike’ (toll) road created between Liverpool, Prescot and Warrington. This is now the A57 road eastwards out of the city.  – London Road, Kensington, East Prescot Road, Liverpool Road.

These changes would allow Georgian Liverpool and Northwest England to become the biggest trading area in the world.

How the Trans-Atlantic Trade Triangle worked:

Liverpool to West Africa – Ships carried goods from Northern England out to Africa. Cotton material from Manchester, jewellery from Lancashire, knives and steel from Sheffield, Pottery from Stoke. These goods were then sold to African Chiefs in exchange for captured Africans.

West Africa to America – The enslaved Africans were shipped across the Atlantic Ocean to the Caribbean and North and South America to work as unpaid slaves. The journey usually took six to eight weeks. Conditions on-board were terrible and many died.

America to Liverpool – Before returning back to Liverpool, the traders stocked up with new and exciting things like sugar, coffee, cocoa, raw cotton and tobacco to bring back home. Very few slaves were ever bought or sold in Liverpool itself.

The truth about the Liverpool Slave Trade

Liverpool played a huge part in the slave trade, but it did not play as big a part in Liverpool’s own history. The idea that Liverpool was 'founded on slavery' is a modern-day myth.

The slave trade in Africa had been long practised by Muslim slave traders for hundreds of years. They took far more people from Africa over a much longer period than any European traders did.

Frighteningly, there are more people in slavery today than were shipped over from Africa in the whole of the 1700s.

At the end of the 1700s, some Liverpool men called to abolish the African slave trade. It took the actions of Liverpool politician William Roscoe to stand up and call for an end to British ships involvement with it.

Roscoe's motives, however, have been questioned. His desire to end slavery may have been motivated by the huge financial compensation the slave traders received, rather than any moral stance against slavery itself.

Huge brick mansions were built up across the town.  A new ‘middle class’ of wealthy, but not super-rich, people grew. Most of these people made their money from the shipping industry.

For most people, their lives improved dramatically. They were much richer than ever before. They had access to food and drink that their grandparents had never heard of. The Liverpool Georgians had new gadgets and machines literally springing up everywhere.

For the poorest, however, life was still hard. Many died from drinking gin (a strong alcoholic drink).  Many drank gin because it was cleaner than the water. Even children drank it!

For the wealthy, tooth decay was their biggest problem. This was caused due to the huge amounts of sugar they could now eat. The sugar arrived into Liverpool ports from the West Indies. In 1704 Liverpool imported 760 tons of sugar. By the end of the century, this had increased to a teeth-shattering 46,000 tons.

The abundance of sugar led to Molly Bushell opening up a toffee shop next to Prince Rupert’s Tower in Everton. She is remembered today as the Everton Toffeelady, who throws toffee’s into the crowd before matches.

Tooth decay became rife in Georgian Liverpool. Those that could afford it had false teeth made from ivory or even the teeth of dead soldiers.

It is no coincidence that a Liverpool doctor, Matthew Dobson, first discovered the link between sugar and diabetes in 1776.