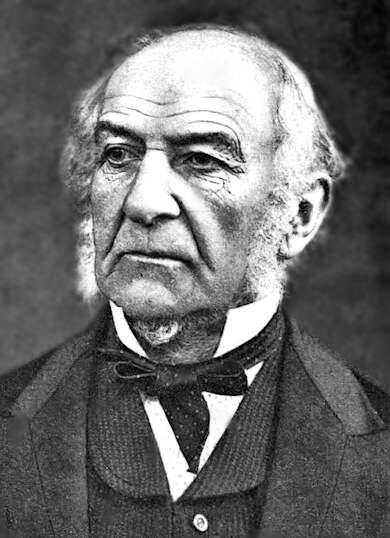 From 1837 to 1901 Queen Victoria sat on the throne of Great Britain. Her time ruling (reign) saw dramatic changes to the whole country. Particularly in Liverpool. During her reign, Queen Victoria ruled over a quarter of the known world.

Victorian Liverpool was very much the tale of two cities. It had a huge difference between very rich people and very poor people. You could argue the poor made the wealth for the rich. However, the rich did lots to help the poor.

During this time, Liverpool became an important city for world trade and business. Probably second in the world after London.

Most of this increase came from people moving from old farming villages to the city to seek their fortune. People came from all over the country to live in Victorian Liverpool.

The increase in people had a terrible effect on the poorest in the city.

Most of Liverpool’s Victorian poor population lived in the crowded slums of the Everton district. This was a maze of long uphill streets and cramped courtyards.

The Everton and Vauxhall areas were within walking distance to Liverpool's docks. The docks employed thousands of Liverpool people in Victorian times. This location allowed people to walk to work easily.

Often a whole family would live and sleep in one room. This is worse when you think that a typical Victorian poor family could have 10 children! Any spare room in a house would usually be rented out to someone else to bring much-needed money in.

Victorian Everton became known as a slum. The houses were quickly built and packed in a tightly as possible. They had no running water. Instead, people used a fountain in the street. Wastewater was thrown into a grid in the street. They would have had one fire in the whole building. Most used a shared outside toilet.

In 1832 there was an outbreak of cholera in Liverpool. Cholera is a disease caused by bacteria in drinking water that causes terrible sickness.

The Liverpool Cholera epidemic caused riots in the worse affected areas as people felt the authorities were doing nothing to help. Many also believed the Cholera victims were killed to stop the disease from spreading rather than actually treated.

The Liverpool Cholera epidemic of 1832 killed 1500 people. It was believed to have started in India and spread into Liverpool from the shipping port.

One Irish lady helped to create the country’s first public baths and laundry in Liverpool. Her name was Kitty Wilkinson. Her washhouses allowed people to wash properly and use a chlorine bleach (made from lime and salt) to clean themselves and their clothes.

Kitty Wilkinson's baths saved 1000s of lives by helping get rid of the disease.

In 1847 a potato famine hit Ireland. Millions of people left to avoid starvation. Many came to seek a better life in Liverpool.

The 1851 census shows that a quarter of Liverpool’s Victorian poor population had been born in Ireland. They, along with the many Welsh people who came here helped to create the ‘scouse’ accent.

In addition to the wave of Irish people, a large number of people from Wales came to Liverpool in Victorian Times.

A lot of Welsh people worked in the building industry. The Welsh Clwydian hills are visible from South-East Liverpool.

As a result of the Welsh Builders, many streets in Liverpool today have Welsh names. Gwladys Street for example, and the whole area of Welsh Streets in Toxteth where Beatle, Ringo was one day to be born.

Lots of people were rich enough to escape the inner-city slums. Instead, they lived in the many Victorian mansion houses that were built during this period.

Today, Liverpool boasts some of the finest Victorian architecture in the world. A reflection of just how rich it used to be.

There is an urban myth that St George’s Hall was built back-to-front and that on discovering this, the architect killed himself in horror!

However, this legend is not true. Today, people today think the hall steps should come out onto the gardens and not Lime Street. But the truth is that those gardens were not there when the Hall was built. Originally there was a graveyard for the nearby church (St John’s) there. St George’s Hall, therefore, naturally faces away from this.

Charles Dickens said of Liverpool “It lies in my heart second only to London.”

He is first recorded as visiting here in 1838. He stayed in the Adelphi Hotel on Lime Street. He was known to stay in Liverpool whenever he was near the northwest of England.

Charles Dickens used to walk around Liverpool a lot at night to get ideas for his novels. At one point he worked there as an undercover policeman to enable him to get a closer look into the darker side of Victorian Liverpool life.

There are unproven rumours that he got both the names Oliver Twist and his grandfather, Mr Brownlow, from his visits to Liverpool. There was an orphanage on Brownlow Hill and the grave of an orphan called John Twist still exists in St James graveyard.

In 1858 people would have seen Charles Dickens give readings of his novels, including A Christmas Carol at St George’s Hall.

In October 1851 Queen Victoria and her Royal Family visited Liverpool. She stayed the night at Croxteth Park and then travelled along West Derby Road and onto the city centre.

Thousands lined the street to watch the Royal Carriage pass by, but the day was ruined by torrential rain!

The Queen and Prince Albert visited both St Georges Hall and the Town Hall. A full account of her stay in Liverpool can be read here.

The Queen has left her legacy in many street names, pub names and building designs. The huge Victoria Monument, built where Liverpool Castle used to stand, is the most famous.

Click on the person to learn more about them.