Quick facts about Liverpool during the Industrial Revolution 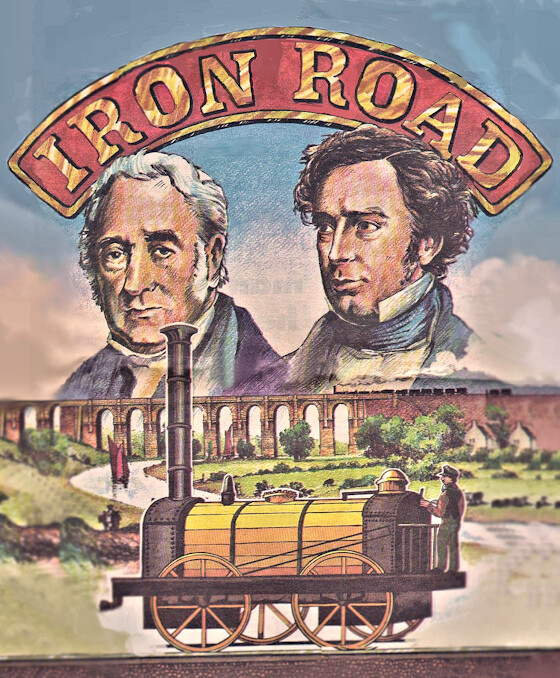 Liverpool during the Industrial Revolution

The Industrial Revolution was a great change that happened across Britain. It happened because of machinery.

The Cotton Industry was the main industry that drove the Industrial Revolution. Raw cotton arrived in Liverpool on ships. It was then sent to the mills around Manchester and Lancashire.

At first, the cotton was moved from Liverpool by canal boat. These were sometimes dragged by horses. It was still much quicker than moving things by horse-drawn coach, as the canal boat itself could make the load much lighter on the water.

Pre-Railway Liverpool during the Industrial Revolution

The Rocket and the Rainhill Trials

Local businessmen needed a quicker way than canal to transport goods between Liverpool and Manchester. They decided to use the new invention of the steam locomotive (the train). In 1829, their railway track was nearing completion. They held a competition to see which train should run on it.

At Rainhill, just outside Liverpool a competition called The Rainhill Trials was held. Five trains competed in it and the winning train was The Rocket. It was designed by George Stephenson, with help from his son Robert Stephenson.

Thousands of people watched the trials and on the day Stephenson’s Rocket reached speeds of 36 miles per hour.

In 1830, The Rocket was used to carry passengers from Liverpool to Manchester. This was the first time passengers had ever been carried by train.

The crowds and excitement at seeing The Rocket were huge. At one point during the excitement, local Liverpool MP, William Huskinsson accidentally fell onto the line and was crushed by The Rocket itself. Huskinsson died from his injuries and as a result, went down in history as the first person to be killed by a passenger train.

George Stephenson also created the world’s first tunnel that went underneath an entire city.  The Wapping Tunnel went from Edge Hill through to the Liverpool Docks. It allowed quicker transport of goods to Manchester and the rest of Lancashire.

Soon after, Lime Street Station was built which then had the largest iron roof in the world.

The lines, tracks and tunnels have changed slightly over the years, but most of the journey from Manchester to Liverpool today is along the same route Stephenson’s Rocket took in 1830.

Most of the stations on the line today (Edge Hill, Broadgreen, Wavertree, Roby, Huyton etc.) were all visited by The Rocket.

The railways changed England, and the world. Perhaps more than any other invention in history.

How the Railways changed Britain.

Railways provided a much cheaper, faster method of transporting goods than canals did. Fresh food from the countryside could now reach people in cities within hours.

The railways meant that for the first time people could travel about the country and work in different places easily. People went on holidays for the first time to places like Blackpool, which became hugely popular with workers from northern factories. The railways allowed people in cities to quickly escape the pollution and breathe in the fresh air of the countryside.

A standardised national railway system needed a set timetable and for the first time, everywhere in the country had the exact same time. Before the railways joined the country together the actual time of day could be different in each part of the country! You could travel to a town and find out it was earlier than when you set off! To solve this, everywhere in the country set its time from one central clock. The clock was called Greenwich Mean Time (GMT) and is in Greenwich, London.

Many poor children worked in factories. They worked around dangerous, noisy machinery.

Many adults died due to the terrible conditions and as a result, their children would have to live in orphanages. There were little laws or regulations about working conditions.

Many would have escaped this hardship each day by working as domestic servants for the rich. This was one of the most common jobs during this period.

Most of the large Georgian and Victorian houses in Liverpool today, that are now apartment flats, once had large families in them with many servants.

Wealth from the Industrial Revolution.

The money generated from the Industrial Revolution made Liverpool one of the richest cities in the world and many benefited from this.

Many wealthy people put a lot of their money back into the society around them and built huge parks, monuments and statues. Sefton Palm House, Picton Clock Tower and Princes Park are examples of this. Outside of London, Liverpool has more public artworks than anywhere else in the country.

A lot of people did huge amounts of charity work and improved the lives of thousands of poorer people.

People like William Rathbone, James Picton, Charles Booth, Joseph Williamson and Alexander Balfour were known as philanthropists. They gave lots of their fortunes away to the needy.